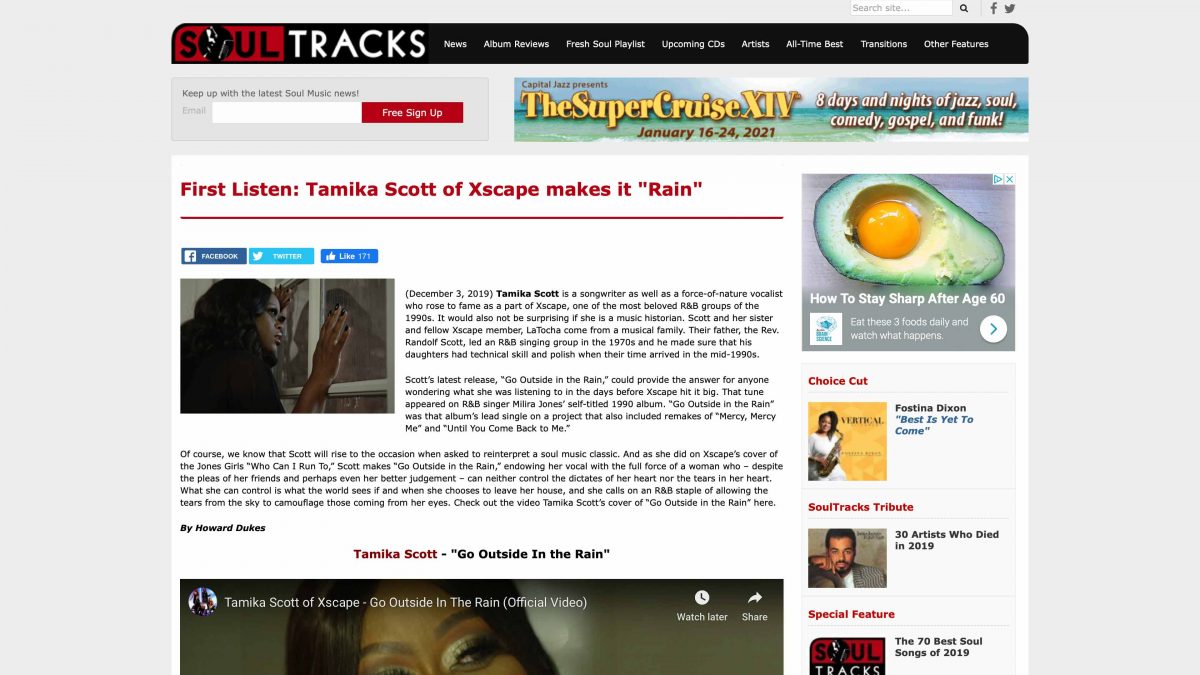 Tamika Scott is a songwriter as well as a force-of-nature vocalist who rose to fame as a part of Xscape, one of the most beloved R&B groups of the 1990s. It would also not be surprising if she is a music historian. Scott and her sister and fellow Xscape member, LaTocha come from a musical family. Their father, the Rev. Randolf Scott, led an R&B singing group in the 1970s and he made sure that his daughters had technical skill and polish when their time arrived in the mid-1990s.

Scott’s latest release, “Go Outside in the Rain,” could provide the answer for anyone wondering what she was listening to in the days before Xscape hit it big. That tune appeared on R&B singer Milira Jones’ self-titled 1990 album. “Go Outside in the Rain” was that album’s lead single on a project that also included remakes of “Mercy, Mercy Me” and “Until You Come Back to Me.”

Of course, we know that Scott will rise to the occasion when asked to reinterpret a soul music classic. And as she did on Xscape’s cover of the Jones Girls “Who Can I Run To,” Scott makes “Go Outside in the Rain,” endowing her vocal with the full force of a woman who – despite the pleas of her friends and perhaps even her better judgement – can neither control the dictates of her heart nor the tears in her heart. What she can control is what the world sees if and when she chooses to leave her house, and she calls on an R&B staple of allowing the tears from the sky to camouflage those coming from her eyes. Check out the video Tamika Scott’s cover of “Go Outside in the Rain” here. 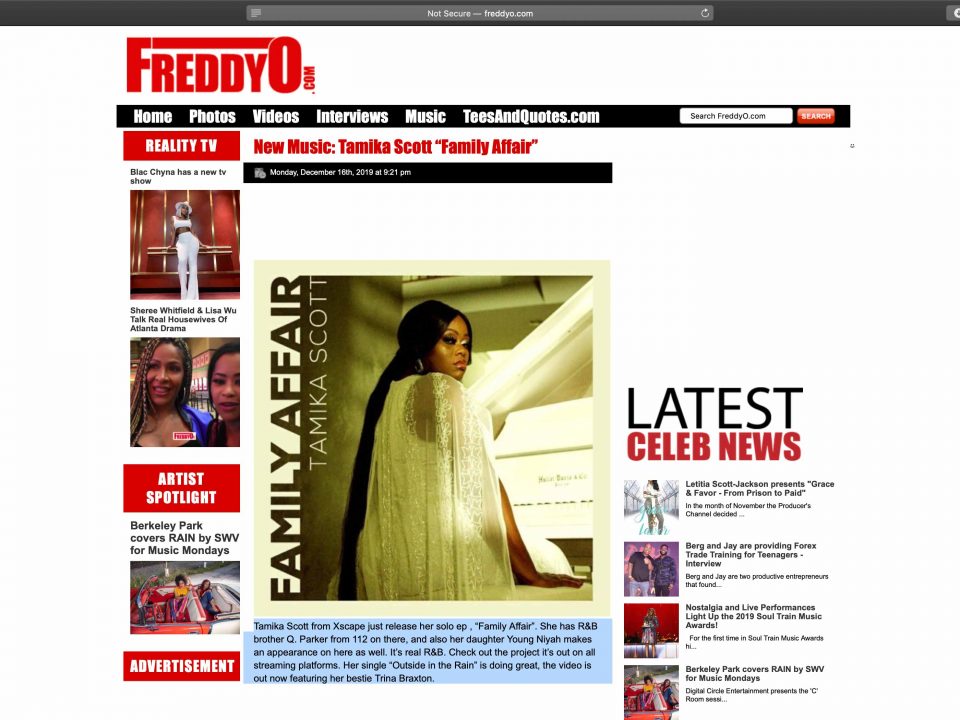 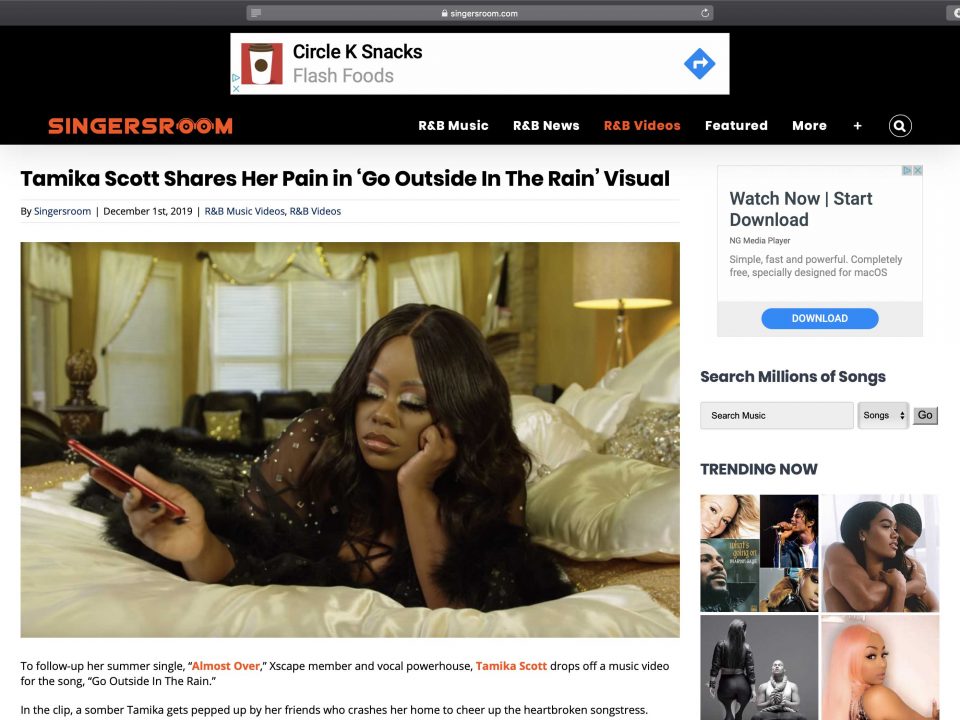 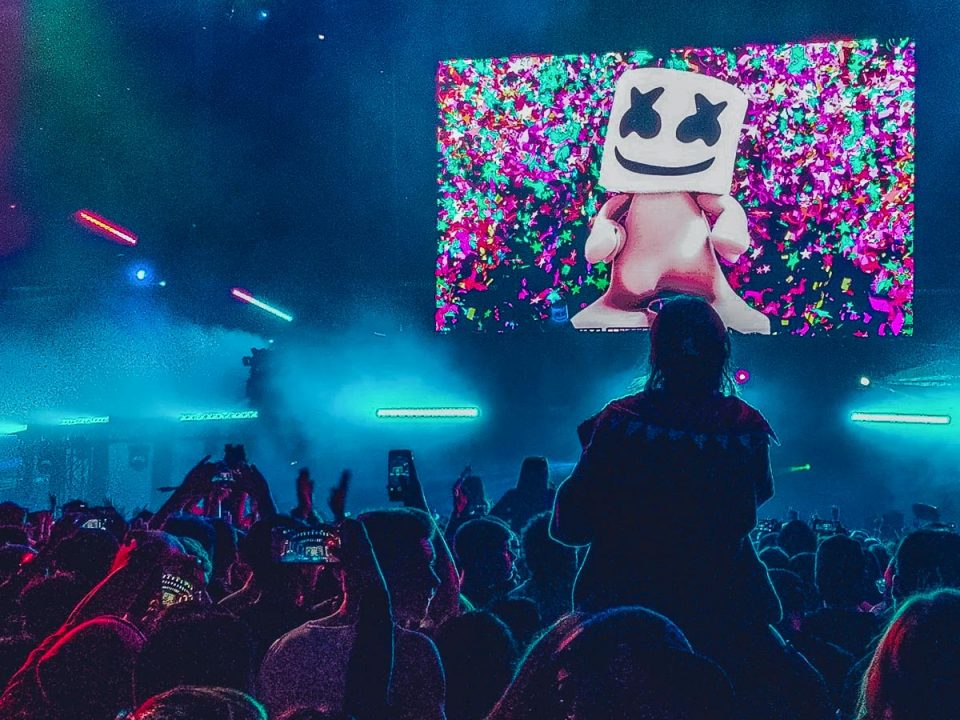